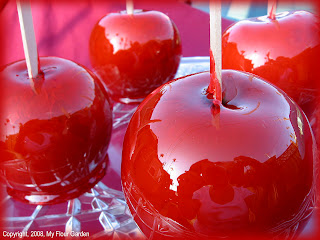 If you’re like me, around this time of year, you brace yourself for that end-of-year, holiday weight gain. It always begins at Halloween, with those innocent-looking, miniature, snack-size chocolate bars. You know the ones you buy, thinking you’ll lose 10 lbs by New Year, because they’re only 50 calories each and pre-wrapped (a weight watchers secret psych tip) —-then proceed to eat six because they’re just so darn tiny? Before you know it, you should have bought the king size bar, because one bar would have saved you about 80 calories by the time all is said and done. Been there, done that.

I think it was much easier in Halloweens past—Halloweens before threats of pins and needles, needles and pins, or the reports of such things, and trick-or-treating meant a visit to the hospital—not for any sickness; but to have your candy x-rayed. Can you believe it? What did they do before the sickos preyed on innocent children dressed like vampires, zombies and creatures from outer space? Well, after a little digging, it turns out that these stories were more urban legend than fact, nullifying any further attempts for perfectly nice baked goods and unwrapped treats to be served for Halloween celebrations forevermore.

It used to be that nice neighbors (certainly those in Mr. Roger’s neighborhood) spent time making candy or carmel apples. That’s right. They made their Halloween treats—and they even involved a healthy snack: fruit. Of course it was covered in layers of sticky-sweet sugar, but there was fruit. And I bet that one candy apple was enough to deal with for much of the night; saving many calories and tummy aches after sampling everything from chocolate with nuts to raisins, to pretzels to popcorn to coconut to peanut butter, carmel and all sorts of other embellishments—not to mention those gummy snacks and pixy sticks (Diabetes in a stick). Uh: just the thought of that makes my tummy churn. And speaking of churning tummies,.did you know that candy apples got their launch in Newark, New Jersey; now home to one of the nation’s busiest airports? (Like MaryFran, my stomach twists, turns and nose dives at the thought of taking any flight longer than an hour or two.)

Candy maker, William Kolb is credited with the creation in the US (although carmel apples are popular in England for Guy Fawkes Night; some sort of harvest celebration that perhaps our Brit friends can clarify). Our tradition came from an experiment with cinnamon candies for a Christmas display. Kolb melted down the candies, coated the apples and placed them in his window. Like a good business owner, he sold the batch for a nickel, which later turned into thousands of dollars in sales and a new tradition for a holiday it was never intended for–go figure.

Another classic Halloween treat, candy corn, has origins in Philadelphia. Yep, good old George Renninger, of the Wunderlee Candy Company created the little multi-colored corn shaped treats back in the 1880’s— later bought out by Just Born Candy of Allentown, PA—famous for their jelly belly beans. (Growing up in NYC, I remember Brachs Candy makin 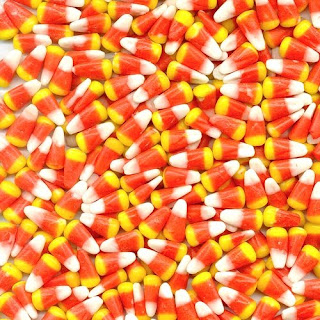 g these, those gross peach-colored peanut shaped candies and a wrapped white rectangle with red and green spots on it–can’t remember now what it was called) I knew the recipe contained sugar, but did you know that there is marshmallow in those treats? I didn’t–nor the fact that they undergo three separate processes for each of their colors: orange, yellow and white. Legend has it that farmers loved the little corn-shaped kernels (good for business), which got their shape from cornstarch molds. Of course, the fun is gone today (and manufacturing jobs as well, but that’s another story), with machines doing most of the work. A reported 8+ million are sold annually, mostly through the months of September and October.

So, there you have it—your fill of Halloween candy facts. In fact, if you want to make a batch of old-fashioned candy apples for your friends and family (don’t dare serve them up for the general public), check out the recipe here, then schedule your appointment for a dental visit (especially if you are over 40):
http://www.mahalo.com/how-to-make-perfect-candy-apples