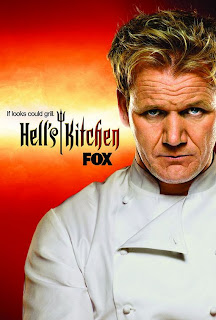 Ever get smacked in the head with a bologna sandwich? How
about a pie in the face?
Luckily (or unluckily in some ways) most of us are long removed from the high school cafeteria, where food can sometimes take flight. But equally as inappropriate (at least to me) are all these food shows that boast testosterone-laden names that imply some sort of physical violence, strength, intimidation: Cupcake Wars? Iron Chef? Hell’s Kitchen? Only a man, one with an axe to grind or unresolved ‘anger issues’, could demoralize fine gastronomic creations by mixing the creative process with the military industrial complex.
One starts at a place called The Culinary Institute of America, Johnson & Wales, LeCordon Bleu—–learns how to properly chop, dice, saute, blanche, bake, broil, grill, brown and serve up meals that look like works of art, vertically and horizontally placed with embellishments and a touch of sauce drizzled to finish the dish just right. It’s artistic, self-disciplined, systematic, creative—-that speaks of a tender, gentle, perhaps feminine side to me. So where did it go awry? Why are chefs yelling and threatening amateurs in the kitchen? Why the rush to get 200 cupcakes baked, frosted and presented in record speed? Is food so boring, that we have to Hollywood it up by pushing it into the boxing ring alongside the likes of blow ’em up, shoot ’em up, dominate ’em pieces of entertainment that so many males thoroughly enjoy? Is it part of this ‘reality show’ extravaganza, where we can openly enjoy our
voyeurism of people behaving badly? Or has the bake sale just been amped up that much in fast-paced 2010?

I’m quite sure that chefs have always had their little outbursts in the kitchen—they just kept it behind the swinging kitchen doors in the past; well, at least until Anthony Bourdain wrote his famous Kitchen Confidential tell-all. Call me old-fashioned, but I like my food served in a relaxing atmosphere and my chefs calm enough not to hear them threatening physical harm to others in the kitchen. Their frustration, anxieties, pet peeves should be bottled and canned up like their pantry staples—where they belong—at least until closing time or until I have left the building. 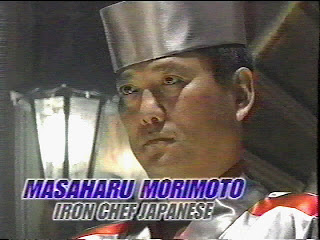 I’ve turned on Hell’s Kitchen; couldn’t watch it for long. Never have watched Iron Chef, but have sat through complete episodes of Cupcake Wars.
Should the restaurant kitchen really be that intense? I fully realize that cooking for profit and ‘dealing with the public’ ain’t easy. Just take a look at Ratatouille. The bug and vermon problem alone would have me hang up my apron; never mind the critics and the testy customers. And I understand that creative pursuits are, well, emotional. I’ve shed a few tears of my own when under pressure to perform.
So,when I’m in the kitchen, you can find me wearing an apron and a smile—-as it should be. (That’s why I only asked for one night in a commercial kitchen. I don’t think I could handle a regular dose of it.) But, I’m only cooking for a handful of friends or family members, where the price is right, there are no staffing issues nor thousands of dollars invested in food with a short shelf life. You can’t argue, fight or scream about that.
Do the ‘cooking war’ shows light your fire or douse your desire to cook?
by Chrysa Smith
Mary Fran Bontempo2018-10-30T09:56:43-04:00October 21st, 2010|1 Comment