Tempted by the Fruit of the Harvest 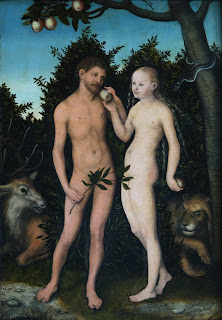 Adam and Eve must have fallen from grace right about now—when the apples are big and shiny and oh so abundant. In the Garden of Eden or the backyard plot, they are pretty hard to resist–even from a slithering, spineless serpent. So resist we won’t, as we wind our way through the farm markets and the homey tastes of fall’s sweet harvest.
One of my memorable family traditions growing up, was fall apple-picking. Being a NYC girl, that meant a trip to the country; usually the orchards of upstate New York. Looking back on it, it really was my only exposure to the growing fields: picking food from it’s God-given source rather than the market shelves. To make it a real outing, we spent the day and came 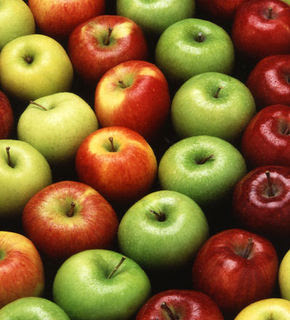 home with a large bushel that we had to figure out how to use. Some were given away, some eaten and my favorite—cooked, baked and made into sweet concoctions.
Now it’s only a ten minute drive to find some orchards, and like a good girl, I did reinvent the tradition for years with my own family. Now, with son in college, not so much anymore. But I just made a trip up to Tabora Farm on Stump Road in Chalfont, http://www.taborafarmandorchard.com/store/, where the orchard is ripe, the trees full and the aromas so sweet. Instead of the old bushel, I got myself about six baking apples and immediately went home, peeled and sliced them and sauteed them in butter with a little cinnamon, sugar and grated nutmeg. This was served up next to a garlic, fennel, lemon seasoned roast pork * with mashed potatoes**—ummm, good fall comfort food.
But before the season ends, I’ll be back at the market, to do it all over again and to prepare one of my favorite fall desserts that even the most hesitant bakers can whip up: Apple Strudel, courtesy of our own PA Dutch. I bought the cookbook about 25 years ago—OMG!! I am old, but the recipe is still great and oh so simple. Plus it’s got a nice crumb crust that’s just delicious. Try it some night—great by itself, or with some of owowcow’s (scroll down for the post called ‘Last Licks’) or your favorite vanilla ice cream. Yep, I can see the serpent with fruit and scooper, offering that one up as the ultimate temptation.
Apple Strudel, from the book, Pennsylvania Dutch Cooking (c. 1978):
Into the bottom of a buttered baking dish, put thick layers of apples. Sprinkle with cinnamon and sugar. Dot with lumps of butter. Repeat this pattern until the baking dish is full (my version. I use Granny Smith but there are lots of other varieties now that are great for baking–like Empire, Cortland, Jonathan, Gala, Red Delicious).
Into a mixing bowl, sift:
1 cup sugar, 1 tsp. baking powder, 1 cup flour, 1/2 tsp. salt
Into this break one egg. Mix until crumbly. Put over apples and bake in a 350 oven till crust is brown. Serve with milk, whipped cream or ice cream.
And don’t blame me if you put on a pound or two.
*Roast Pork mentioned above: Get a Pork Loin and slit the top in several places with a sharp knife. Zest one lemon, chop some garlic and some fresh fennel (or add some fennel seeds). Insert this mixture into the slits on the pork, sprinkle with salt and pepper and roast as required by size and oven temp.
**Mashed Potatoes: I hate tasteless, watery, earthy and lumpy mashed potatoes. So, my favorite choice is Yukon Gold or Chef potatoes, salted, boiled till soft. Drain and add a little milk, butter and a little cream cheese. Mash with a real masher till smooth (please don’t use a fork, or the lumps won’t come out). The cream cheese adds a rich flavor. Other option is to omit the milk and use a little butter and heavy cream—-um, yum.
Mary Fran Bontempo2018-10-30T09:56:49-04:00September 23rd, 2010|3 Comments