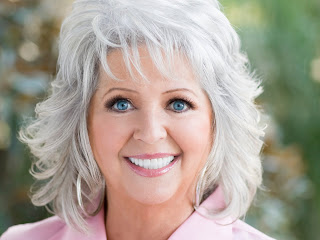 Paula Deen, the ‘Queen’ of southern cooking, is now under fire. ‘Hiding’ her Diabetic diagnosis for three years has now led to criticism: and that is, that she waited until her partnership with a major drug company to tell the world.
Y’all know that Paula’s middle name comes in a yellow stick in the dairy section. She was criticized for that (not in my circle), and now, scrutinized for waiting until she had a big ‘deal’ before turning over her fork to a healthier and what is seen as ‘wealthier’ routine and ‘selling out’ as a spokesperson for a new Diabetes drug from drug giant, Novo Nordisk.
Of course, criticism has come from Anthony Bourdain; the author of Kitchen Confidential and a series of other ‘tell all’ books about life in the kitchen. Bourdain tends to ‘rat’ out chefs for what he sees as their ineptness, their lack of authenticity, their dirty little kitchen secrets and personality quirks that are kept from public review. But it has been reported that Deen’s PR person has quit over the new venture, which makes you wonder if the criticism doesn’t run deeper
But what do y’all think? Is Deen doing anything different than anyone in her position? Can you blame her for following the obvious connection to convert her cooking and become the new face of healthy living? Doesn’t the celebrity world constantly jump into new ventures that are advantageous to them? And is there really something wrong with the whole thing? CAN ANYONE HAVE ANY PERSONAL PRIVACY ANYMORE?
Personally, I’d welcome the thought of being ‘discovered’, showered with money-making offers, tv shows, public appearances, product endorsements and a world of glamour. Well maybe, for at least a few months or so. When someone succeeds, unless they are ripping someone off or doing it at someone’s detriment, it seems to me that the old ‘green eyed monster’ reappears. It’s the same old chestnut. Ever since Eve buttered her fig leaf and served it to Adam al fresco in a garden.
Mary Fran Bontempo2018-10-30T09:52:52-04:00January 26th, 2012|3 Comments