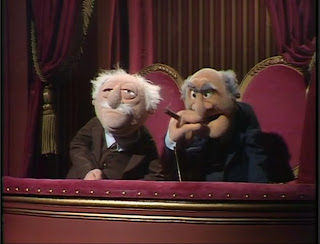 My husband and I were lying in bed this morning.
He turned on the news (first mistake), and here went our commentary:
Reporter: The Madison Wisconsin Senators are still hiding out in Illinois….
Mark (Husband): They should all be fired.
Chrysa: Well, they were hired to represent the people; in good times and bad. What kind of example is that? To leave town when the going gets rough?
Reporter: Brigham Young University cut a key player for breaking the school’s honor code: i.e., having premarital sex…..
Chrysa: That’s an interesting prerequisite for a college age kid. How can you enforce that?
Mark: Well, it depends on who’s breaking the code. Not everyone would get cut you know.
Reporter: Charlie Sheen reached a custody agreement with ex wife Brooke Mueller…..
Mark: Sure, I bet she’s getting a nice jump in her monthly payments now
Chrysa: Hmmm, I thought she was just covering her …….if anyone asked her ‘Where has the mother been while Charlie was playing dad with the kids and goddesses?’ Do you think it was all about the money?
Reporter: Gas prices have gone up 20 cents in the last week…….
Mark: And have you heard one single plan about what we’re going to do about it?
Chrysa: Only from Donald Trump, who seems to think we can tell OPEC what to do with their oil.
Chrysa: You know Mark, it’s only 7:30 and we’re beginning to sound like those two old grouchy muppets who sat in the theater commenting on all the ills and negatives of society.
Mark: Eh, I don’t know what our country is doing. I think we’re done.
After a shower and a bite to eat—-
Mark kisses Chrysa goodbye.
Mark: Well, you have a good day.
Chrysa: You too.
Do you sometimes feel like an old man in a balcony? I’ve resorted to sitcom reruns at least once a day to balance the ever-dreadful news reports. How do you de-stress from the chaos of the world?
Mary Fran Bontempo2018-10-30T09:56:21-04:00March 16th, 2011|5 Comments