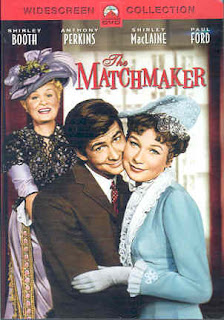 This right-brain woman has a left-brain husband.
If that’s not enough of a challenge, he’s always trying to match me up with the wives of his business associates. Now they are a few steps removed from his oddball group of guys that I have little in common with, and maybe that improves the odds that something might click, right? Nope. But that doesn’t stop him from trying it all again.

Look, I’m a writer, a lover of the arts, the visual, dogs, music, great food, philosophy, karma and good conversation. I’ve learned to talk to most people about most things. But sometimes, it’s just damn hard.

First there are the wives who live through their husbands. Pearls? Aprons? They dote on their husbands every need; serving up and hosting all sorts of business affairs and dinners while quietly sitting and listening to business talk or making chit-chat with the other wives about ‘girl things.’ I do love to cook and have been known to dote an apron or two, but as a steady source of wifely duty–come on—– UGH!

Then there are the fanatics. They’ve found a niche for themselves outside of their husband’s workplace. But now that they’ve found it, it’s 24/7. Mostly it’s at the gym or in the mall—-both fine for a quick stop, but not a daily grind. They look great in their workout outfits and latest designer clothes, but try talking to them about the story you just heard on NPR, or what they think about recent political events—–UGH!

Every once in awhile, I’ve had a conversation that clicked—about a familiar location, tourist destination, some common ground—and the night ends in unexpected contentment. Funny, but the best connection I’ve ever made through Mark is a new email friend on the other coast that I’ve never even met in person—-we actually share some great electronic conversations about really cool stuff.

But I shouldn’t really complain. I have made a few ‘couple’ dates for us as well, and have been known to cringe while overhearing some of those male bonding conversations as well. That’s when I sit there quietly and listen to business talk or make chit-chat with the women about ‘girl things’—and vow never to do it all again.
Mary Fran Bontempo2018-10-30T09:56:52-04:00August 18th, 2010|1 Comment