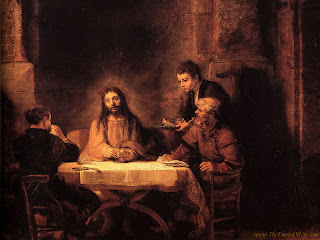 ‘All things considered, I’d rather be in Philadelphia’ –WC Fields.
The city’s landscape has changed since Mr. Fields’ time, with the addition of great theatre, dining and of course, the Philadelphia Museum of Art (it’s grand steps and gothic architecture made famous in the Rocky movie). So it’s no surprise that it’s revolving exhibits include some of the great masters: this fall, Rembrandt.
It is not complete Rembrandt, but rather Rembrandt and the Face of Christ. As usual, when I see these exhibits, I’m blown away by the talent, the antiquity and the interesting, often difficult lives that have left a permanent imprint on those of us who enjoy their works, centuries later.
Born in 1606 in Holland, Rembrandt is known for being somewhat of a rebel when it came to depicting the face of Christ. A set of rules dictated by officials of the day, kept the images of Christ looking kingly, divine. But Rembrandt turned the tradition on it’s ear (sorry, Van Gogh) with his very human depictions of Christ–a Jew living amongst Jews in quite humble attire. His capture of Christ’s humanity, sorrow, dedication to prayer developed through his career; painting such scenes as The Road to Emmaus, Martha and Mary, The Raising of Lazarus. And the research behind his works also blew me away and left this student with some new tidbits to file away in her mental archives.
When it comes to the face of Christ, I know a little about the Shroud of Turin. But what I knew virtually nothing about is the Mandylion and the Veil of Veronica. The story of the Mandylion or Image of Edessa is the first recorded imprint of the face of Christ upon a small square cloth. It dates back to King Abgar of Edessa who requested a healing visit from Christ due to illness. While Christ did not come, it is said the messenger, named Ananias, upon carrying the correspondence between the two, painted a visual image of Christ.
The story of Veronica comes to us during Holy Week, when Veronica used her veil to wipe the face of Jesus–the image of Christ’s face being transposed to the veil. Both of these Biblical stories played into Rembrandt’s developing works of Christ.
This is the first time many of these works have appeared at the Philadelphia Museum of Art and the first time many of them have travelled here since WWII. The exhibit runs through October. More info at: http://www.philamuseum.org/exhibitions/409.html
Mary Fran Bontempo2018-10-30T09:54:36-04:00August 31st, 2011|0 Comments