A Comfy Case of the Winter Blues 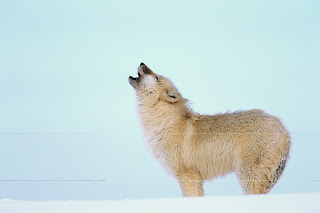 Do you remember last fall, when every lifestyle magazine and newspaper section had one of those words in the headline? Accompanying pictures showed soft-looking throws tossed casually over chairs with an open book and a steaming mug of tea lying nearby. Recipes featured soups and stews, meatloaf and macaroni and cheese.

And all of it was a ploy designed to make us anticipate our coming incarceration with pleasure.

I don’t know about you, but after again finding myself stuck at home after the sixth (or twelfth or eightieth, I’ve lost count) snowstorm of the season, comfy isn’t the first word that comes to mind. No, my list includes “stir-crazy, cabin fever, freezing my bum off, food that makes you fat” and occasionally, “mentally unstable” (of course, that could apply in any season).

If truth in advertising were anything but a myth, those are the words which should have been on every magazine cover touting the virtues of the winter months. Of course, I’m guessing that may not have helped boost circulation, but at least we’d all have a clearer idea of what we were in for.

Having lived in the Philadelphia area all of my life, I’m no stranger to the extremes of the weather. Summers are stinking hot (yes, I know, it’s not the heat; it’s the humidity) and winters run the gamut from fairly mild to an import from the Russian tundra. With this winter clearly being of the tundra variety, I, along with my family, have been ensconced in our cozy home, snuggling, cocooning and grasping at our last shreds of sanity since well before Christmas.

The cuddly throws are matted and usually balled up on the couch or the floor. Everything I’ve worn in the last month falls into the “sweat” category and my ankles haven’t seen the light of day since Thanksgiving. Even naps have lost their appeal as the endless days at home have caused one hour to blend into another so it’s unclear whether it’s the middle of the afternoon or the middle of the night.

We’ve had so many power outages that I’ve given up resetting the clocks, which doesn’t help our time warp issues, either. As a result, no one gets anywhere on time, not that they could get out of the driveway anyway. So, we’re all home, all of the time, which adds another word to the list: claustrophobic. Not only are the walls closing in, we’re closing in on each other.

When we do manage to escape, it’s usually to the grocery store to stock up on provisions before the next onslaught of snow and ice. Occasionally, we hit up the hardware store for a fresh supply of ice melting salt. If we’re lucky enough to squeeze in a side trip to the local Walgreen’s it’s like a visit to Disneyworld.

As for the coveted comfort food, by my calculations, I’ve consumed approximately eighteen gallons of soup, half a side of beef and seven pounds of stale Christmas cookies, which have taken up residence on my hips. At this point, the only food which really comforts me is of the liquid variety, served in a bottle with a cork.

On the upside, I’ve managed to put off renewing the gym membership, as I’ve increased my muscle mass three fold simply from shoveling snow. I’ve also almost finished the interior home repair list, which I’ve compiled as a result of endless hours of staring at the inside of the house, a fact which thrills my husband to no end. Finally, I’ve caught up on every episode of every television program on every channel in existence, including Hoarders, Animal Hoarders and I Didn’t Know I Was Pregnant.