By: Mary Fran Bontempo
To hear the audio version of this post, click the play arrow below. 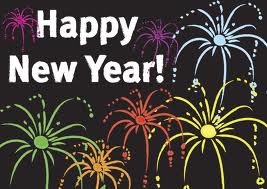 Sooo…I’m sitting here watching Dick Clark’s New Year’s Rockin’ Eve (obviously a few days before you’re reading this) and thinking about what I want for the New Year. Of course there’s the list of Miss America wishes–world peace, an end to war and hunger, etc., etc., but since as I’m writing this, it’s the last day of 2011, I’ve decided to be rather self-indulgent and just put all of my fantasies to paper–or rather, computer. Here goes:

First, since I’m looking directly at him at this moment, I wish for the immediate disappearance from the airwaves of Ryan Seacrest. In my fantasy world, Jon Stewart would be the only person allowed to host any televised event, precisely because he would refuse to suck up to anyone and would swiftly cut down to size any and all comers with bloated Hollywood egos. And the first person Jon would dispose of would be Ryan Seacrest.

Second, I long for the removal of the Kardashians, Donald Trump and Justin Beiber (right now he’s destroying John Lennon’s Let It Be live in Time’s Square) from the collective consciousness. Do I need to give a reason beyond simply saying their names? I think not. And while we’re at it, let’s throw in anyone who has ever been a cast member on The Bachelor or The Bachelorette (except that married couple with kids). If you’ve seen either show, you know why.

Third, I wish for an island on which to dump the aforementioned individuals. I don’t actually wish them bodily harm, but it would serve them all right to have to listen to each other for the rest of their lives while eating nothing but coconuts and wearing torn sailcloth. Oh, and there would be no FedEx boxes a la Castaway to save their sorry heinies. With their collective brainpower, I doubt they’d last a week.

Next, turning my attention to me, I’d like Tim Gunn to give me a makeover. Yes, the Project Runway second banana is over the top, but he’s also FABULOUS and he knows his stuff. If Tim’s not available, I’d happily submit to the cruelty of Stacy London and Clinton Kelly of TLC’s What Not to Wear, who would, no doubt, completely trash my wardrobe. Go for it, guys; just don’t forget that $5,000 credit card to get me some new duds. I’d happily take the insults for new clothes. No pain, no gain, right?

Further, I ask for a personal shopper. Not someone to pick out a wardrobe, that’s been handled (see above). Rather, I want someone to accompany me to the drug store and help me navigate the skin care and cosmetics aisles. Just tell me what to buy and put it in my hand. I have no idea what I’m doing as evidenced by the twenty-three bottles of stuff on my bathroom vanity–none of which do what they say they will, by the way. By my calculations, if someone would just tell me what to purchase, I’d save an average of two hours of mindless staring per shopping expedition as well as around thirty bucks an outing.

Did I mention that I want Ryan Seacrest to disappear? I’m still watching television and he’s still talking. Someone save me, please!

But back to me….my fantasy list for 2012 would be complete with one final item: a personal internet guru. I want to delegate all tweets, Facebook updates, Youtube videos, blog stuff, etc., to someone, anyone, who understands the stuff. I’m tired of trying to figure it all out. It changes too fast and my brain hurts. My dream geek would filter all the nonsense as well as update everything, showing me nothing but the finished product. And if I can’t have my own guru, I’ll settle for a personal visit from Michael Buble. Because, you know, I just like his voice. Yeah, that’s it.

I’m not holding my breath on any of this, but God willing, maybe Ryan Seacrest will find a new job. If that happens, I can pass on the rest of the stuff.

Full disclosure: Despite the fact that it was New Year’s Eve when I was writing this and by all rights I could have been drinking, I wasn’t. Even though it kind of sounds like I was. Here’s hoping all of your fantasies become reality, too!