By: Mary Fran Bontempo
To hear an audio version of this post, click the play arrow, below. 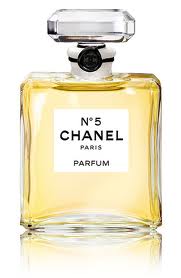 Does anyone know what the hell he’s talking about?

Angelina Jolie and their brood of six kids under the age of ten have finally driven Brad Pitt insane.

Featured in a new commercial for the classic perfume Chanel No. 5, Pitt, looking homeless, as usual, has finally completed the illusion(?) by rambling on aimlessly about, well, who knows?

Brad stares into the camera and, in a voice that sounds like he’s doped up on Ritalin, drones on about something not being a journey, then turning into a dream, then someone being there wherever he goes. And something else is “inevitable.” I’m not sure what.

But I’m guessing the “someone” who is always there is Angie, her pouty lips and her stick-thin leg (which is probably poking out of a dress slit up to her nether-regions) surrounded by a half-dozen kids clamoring for attention.

I don’t know if anyone else has noticed, but since Brad has taken up with Vampira (remember the vial of Billy Bob Thornton’s blood she used to wear around her neck?) he’s looked increasingly unhinged. Used to be that Pitt was one of Hollywood’s most handsome men–suave, debonaire, able to melt female hearts everywhere with but a sidelong glance of his baby blues.

Now, most women look at him and just want to cut his hair and give him a bath. And not the candle-lit, romantic kind of bath, the kind you gave your kids when they came in from playing in the dirt all day.

Of course, I imagine Angie is a handful all by herself, but throw in six kids and well, you can hardly blame the guy for looking a little wild.

But you can blame the fools in Chanel’s marketing department for thinking women are so dumb that the mere sight of Brad blathering on about dreams and journeys and being surrounded is enough to make us want to run out and buy their perfume. Really? What were you dopes thinking?

And what was Brad thinking saying “Yes” to such idiocy?

Which is why I’m kind of hoping he’s just finally crossed over into loopy-land.

Because the only other explanation is that Brad is buying into his own hype. Perhaps that’s what he refers to as “inevitable” in the ad. After years of being in the Hollywood limelight, fawned over incessantly by everyone around you, I guess it’s only natural to start believing that you’re the best thing since sliced bread.

The danger in that kind of thinking can be summed up by an old fairy tale. Remember “The Emperor’s New Clothes”? Written by Hans Christian Anderson around 1837, the story tells of a vain emperor who paid an exorbitant sum of money for a new outfit made by a swindler who told him that the special cloth could not be seen by stupid people. Of course, no one would admit they could not see the cloth until a small child, during a procession through the town, proclaimed, “But he has no clothes!” at which point the emperor and his foolishness were exposed–in more ways than one.

Don’t look now, Brad, but you have no clothes. And there was a time when I probably wouldn’t have minded seeing that. But these days, you just look stupid.

Take a look at the commercial, below, and tell us what you think by clicking “comments” and sharing!