Donald Trump Adds His Own Wind to Scotland 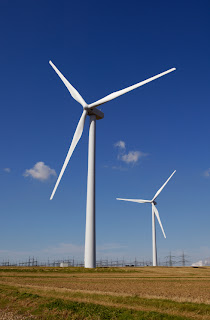 Donald Trump, he of hotel, TV and money-making fame, may have unwittingly gifted the world with his best idea ever—and provided a solution for Scotland’s efforts to remain at the forefront of advances in green energy.


Last week, The Donald barreled into Scotland to demand that the government halt plans to build a wind farm within view of his fancy, new $1.2 billion dollar golf resort.


The Big D was having a meltdown over the proposed plan, declaring that should Scotland “pursue this policy of these monstrous turbines, Scotland will go broke,” further adding, “They are ugly, they are noisy and they are dangerous. If Scotland does this, Scotland will be in serious trouble and will lose tourism to places like Ireland, and they are laughing at us.”


When asked to provide evidence to support his claim that the entire country would go broke should the turbines sprout, Donnie added, “I am the evidence; I am a world class expert in tourism,” at which point the public gallery erupted in laughter.


Apparently, Scotland does not recognize The Donald’s awesomeness.


But perhaps they should, because with all of his blustering, the Trumpmeister may have offered a solution that would keep the landscape forever free of wind turbines: harness The Donald’s hot air.


Think about it. The guy never stops talking. If science could just find a way to capture and utilize the never ending stream of Trump-wind, Scotland, and quite possibly the world, would never have to seek alternative energy sources again. Plus, if something positive resulted from The Donald’s endless pontificating, I might not be tempted to take a sledge hammer to my television set when he shows up uninvited in my family room.


Of course, eventually, Big D will leave this mortal coil (unless he really is an alien—how else to explain that hair?) but once science figures out the technology to convert stupid, self-involved verbal nonsense into energy, our public figures will provide us with an infinite, always proliferating pool of wind.


I mean, the United States Congress alone could likely power the world for the next 100 years. Corral every cast—past , present and future—of The Bachelor and The Bachelorette, another century or two of power. Throw the Kardashians into the mix and voila! Four hundred years of energy—one for each dopey daughter and their mother.


Green energy has to be a planetary priority, but, as Donnie so eloquently pointed out, not everyone agrees with proposed solutions. Yet harnessing windbags serves a dual purpose: we get the energy, they are encouraged to keep yakking and get to stay in the spotlight. Everyone’s happy.


So, Donnie-boy, here’s the challenge: Instead of bellyaching about how your view will be ruined by a plan to produce sustainable energy, be part of the solution. Hire a few geniuses to figure out how to use some of your own hot air.


It might be the only thing you ever do that will have everyone cheering what you have to say.

Article first published as Trump and Turbines on Technorati.