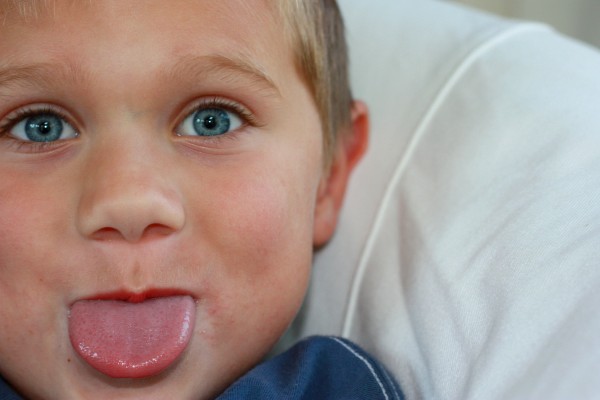 I’ve never been so sensitive about my age. Until now.

OK, when I turned 30+, I started getting called “ma’am.” This bothered me for all of  two months. As I looked in the mirror and listened to the glowing review of others, I stood my 30 something ground and went about my business. I looked my age, if not a year or two younger, so all was well with the world.

But now, on the verge of turning 54, it’s a whole new bag. First of all, my son has started pointing out my ‘bleeding’ lipstick. With a few vertical lines above my lip, I now need to buy one of those lip liner ointments that ‘holds’ lipstick in place. But of course, he’s not a bit subtle about it. As he gives me the sign with a wipe of his cheek, he says, “Mom, you’ve got the ‘herps’ again.” Lovely kid, isn’t he? Well, better to know than walk around like one of ‘those’ old ladies with the rouge balls on her cheeks, or in my case, the lipstick heading straight toward my nose.

Next he picked on my less than bright white smile. “Put on these white strips,” he directed me. He told me I need them because of all the tea, and the red wine, I drink. He’s right, so now I’m bleaching.

He’s made me sensitive about my clothes—ie., with blue and yellow long, striped top, I was told that I look like a Bumble Bee. While my summer denim shorts were said to be ‘too long’ and goofy. But my leggings are fine, as long as they’re not accompanied by certain tops. Then I’m asked if I’m trying to dress like I’m 16 (though I haven’t heard that one in a long time). With my coral raincoat on, I apparently looked like a fish. Then today, with some toothpaste residue on my lips, I was demoted to, let’s say, someone with an affection for an illegal, white powdery substance.

The next slap in the face came just this week from another male. One of the tennis subs in an older, all female league, happens to be male. He handed me a tennis magazine. When I looked at it, it said ‘Senior Tennis.’ I mentioned that I was not yet a senior and was told ‘Well, it’s for 55 and older.’ It’s then when I mentioned that I was not yet 55, and there was silence.

Come on now. Just a few weeks ago, the greeter at church told me that I look younger than my age. God knows I try.  In fact God gets asked for help. And apparently needs to send just a bit more—along with boys that know what to say and when, and when to just be quiet and smile.

You know how when you’re vulnerable, everything around you starts to take on significant meaning?