Holiday Fog Sets In for the Season

By: Mary Fran Bontempo
To hear an audio version of this column, click the play arrow below. 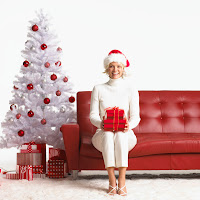 The weather has been weird lately, calling forth visions of global warming and climate change as well as giving dooms-dayers yet another reason to clamor on about the end of everything.

I’ll admit, it’s been unsettling. But I’m more unnerved by a personal weather pattern that strikes just about this time every year, grabbing on to my psyche with a choke hold and hanging on until the first week of January.

It’s my annual holiday fog, and it rivals any vision-blurring mist Mother Nature or Stephen King could dream up.

Beginning with Thanksgiving’s tryptophan-induced coma, the holiday season leaves me in a mental stupor which makes even the simplest normal, productive activity seem akin to scaling Mount Everest mid-blizzard. I walk around in a sugar plum induced haze, incapable of retaining any non-Christmas oriented thought. Should I even try to focus on a non-seasonal topic, I’m right back at ho-ho-ho’s faster than you can say “Six Degrees of Kevin Bacon.”

Take today, for instance. Time to write a column, so time to turn on the computer, then time to check out the Cyber Monday deals, and fast forward to three hours of online Christmas shopping. Boom! Four steps back to holiday fog. Or, how about making a run to the grocery store, which turns into noticing the pine-scented wreaths outside, which morphs into panic at not having the decorations up yet, which results in running home, hauling everything down from the attic and re-creating the Bontempo version of the Griswold family Christmas house. Bam! Another four hops and we’re again fa-la-la-la-la-ing the day away.

Even an attempt to keep up with household business by retrieving the mail is promptly derailed as the multitude of brightly colored catalogues clogging up the mailbox seductively obscures every other envelope that might deserve some attention, launching me into a gift-list making reverie. Mailbox to Christmas catalogues. Two steps, a slam dunk.

I’ve tried to focus, but with an unending assault launched by merchandisers and the media that started right after the jack-o-lanterns bid their toothy adieus, it’s hopeless.

So I’m going to give in and enjoy it. From now until January 2nd, it’s all holiday, all the time, although I draw the line at donning snowman sweaters or earrings that look like colored tree lights. Otherwise, though, I will succumb to the seasonal blackout and indulge in the temporary respite from all things “important,” relieving myself of the responsibility to be anything but frivolous for five blissful weeks.

Besides, my guess is that if the weather keeps up its shenanigans, the 80 feet of snow we’ll likely get in January, along with a pile of holiday bills, will end my foggy mindset in an instant. Blizzards, bills and WHACK! Two steps, right back to reality.