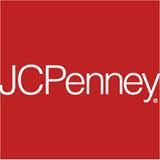 For the love of God, what are they screaming about?

Anyone who has watched so much as an hour of television within the past week has likely been assaulted by the irritating, offensive, annonying and pointless ads run by JCPenney to promote…I haven’t the slightest idea.

The commercials feature a variety of wild-eyed lunatics screaming the word “No!” at the top of their lungs while staring at what look like coupons or ads announcing a sale on merchandise. Aside from the single shrieked syllable, not another word is uttered. At the commercial’s end, today’s date, 2-1-2012, appears on the screen along with some text about stopping “the madness.”

The company also provides JCPenney’s Facebook page address–a strategy they might want to rethink given some of the comments appearing on the page.

Says Lyn Arnold, “So i can’t wait until 2-12, when I know that steaming piece of crap spot will no longer be on the air. JCP, you’ve lost another customer.”

Paul Locrichio adds, “This commercial is so bad I will stop shopping at their stores…..we may be talking but not in a good way lose the ad or lose the customers!!”

And Deb Beeson echoes my sentiments with, “I, too, despise the commercial. it is an insult. Not to mention that with all that screaming, I have no idea what your company is doing!”

Even animals subjected the auditory barrage are horrified, as Mary Lou Kritzman states. “Absolutely the most annoying commercial ever on TV. The screaming is horrible. My cats ears go back…almost flat on their heads!!”

While the prevailing wisdom in the marketing world has long been “It doesn’t matter what they’re saying, as long as they’re talking,” the knuckleheads who came up with this campaign should be fired. Better yet, as suggested by other disgruntled commenters, they should have to watch the commercial endlessly until their ears start bleeding.

I don’t know about you, but I settle in front of the television at the end of the day for some mindless entertainment which will decrease my stress level, not add to it. Frankly, it’s a good bet that more than a few of us have already had enough screaming in our day; we don’t need more of it coming at us through our television sets.

JCPenney, I don’t know what you’re up to and honestly, I don’t care. At this point, you could offer to give me stuff for free and I wouldn’t set foot in your store. And since you’ve taken it upon yourself to rudely scream at me relentlessly for the past few weeks, allow me to rudely respond in kind…

Well, I feel better. Huh, maybe sometimes screaming is the solution after all.