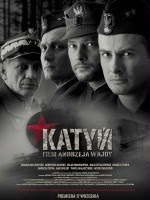 Does a lie becomes the truth if told often enough?

In the spring of 1940, 20,000 people, 12,000 of them Polish officers, were executed under direct orders from Stalin and buried in common graves in the Katyn forest.

The Germans found the graves in 1943, as they advanced into Russia. They exhumed and identified the bodies, and released the names of the dead to the Polish population attributing the massacre to the Soviets. (http://www.krakowpost.com/article/1388)

But when the war ended, the Soviets who, by then, held Poland with an iron hand blamed the Nazis for the slaughter. As dissidents were tortured and killed, most Polish didn’t challenge the official story. Only in the 1990s, after the fall of the Soviet Union, the Russian president accepted responsibility for the incident.

In the movie Katyn (http://www.imdb.com/video/screenplay/vi1482621465/), Andrzej Wajda (whose father was one of the officers killed in Katyn), recounts this historical event. He does not judge but presents the facts with a dispassionate eye that only enhance the absolute horror of the massacre.

As the movie begins a crowd of civilians, mainly women and children, waits at the end of a bridge. They are fleeing the Nazis invasion. A man runs towards them from the other side of the bridge, yelling, telling them to turn back because the soviets have crossed the border. Panic ensues, and you are there, caught, like Poland was during the war between the Nazis and the Soviets, two powerful nations intent on victory at any cost.

The Polish government, we soon learn, has capitulated without fighting and surrendered their officers to the Soviets before leaving the country. The officers are taken prisoners, but their fate is sealed. As an officer tells another on their last Christmas Day, “They cannot let us go. The Soviets wouldn’t want 12,000 Polish officers on their back while they fight the Germans”.

The movie, as beautiful and affecting as it is restrained, follows the fate of four officers and the families of three of them. The officers are dead and their families eventually learn of their fate but, as Germans and Soviets blame each other, the truth is hard to know or accept. It’s also dangerous.

To say that ‘1940’ is the real date of the massacre means to defy the Soviets that claim the Germans did it in 1942 as they advanced into Russia. Agnieszka, the sister of a young lieutenant who died in Katyn, knows this. Yet she orders a tombstone with the right date to set upon her brother’s grave and, for this, she’s taken into custody. Her sister, on the other hand, accepts the Soviet version and tries to live under their rule.

It’s proof of the genius of the filmmaker that he manages to show both sisters in a sympathetic light. How many compromises, he seems to be telling us, each of us is willing to make in order to survive is an unknown until we are confronted with the choice in real life.

Katyn is a powerful, unforgettable story that needed to be told.

To know more about the Katyn massacre, please go to http://katyn.org.au/