Pretending to be Authentic 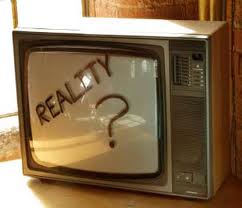 It’s not the terrifying airborne illness depicted in the Matt Damon-helmed fright fest, Contagion, which threatens to wipe out half the planet. (I will not be seeing this movie as I’m neurotic enough about germs, crowds and illnesses. I’d never leave the house again.)

Nor am I referring to the glut of “reality” television programs, which purport to show the real lives of the Bimbos…er, Housewives of New Jersey, New York, California, etc. There’s nothing real about any of that, unless you count how “really” horrible are the individuals who populate the shows.

No, this beast is far more frightening, espoused as it is by the likes of Oprah, Anderson Cooper, Hillary Clinton and others whom the masses follow like sheep to the slaughter.

This is about “getting real,” or, the call to be…“authentic.”

In a New York Times article appearing last week, Stephanie Rosenbloom chronicles the use of the latest buzzword bandied about by media types, politicians and anyone else desperate to be taken seriously.

There are only two problems. First, everyone jumping on the bandwagon touting their authenticity is either on television, trying to get on television, holding political office, running for political office or filling in a profile on a dating site and trying mightily to convince potential mates that he/she is the “real” deal. Not one of the above scenarios encourages the transparency genuine authenticity demands.

Which brings us to problem number two. I’m not sure I want to see anyone’s “real” self.

My real self is, by turns, frazzled, grumpy, frustrated, impatient, sloppy and occasionally, rude. I can’t imagine why anyone would want to see that. Frankly, I don’t think a little pretense is such a bad thing. To that end, I try and hide my real self behind a carefully constructed veneer of politeness, slapping a smile on my face and partaking in the civility required to live in a law-abiding society.

If we’re truly going to embrace authenticity, then we should own up to the fact that usually, the only people who get to see our real selves are our families, and they have to put up with it because they’re related to us. Outside of the sheltering walls of home, we’re all pretty much putting on an act. And that’s okay. “Real” can be ugly and frankly, the rest of the world is entitled to the best fake version of ourselves we can muster. It’s far more presentable, not to say tolerable than what we really have to offer.

Come to think of it, if more of us made it a point to embrace our fake selves, the world would be a kinder, gentler place. Now that’s a reality show I could actually stand to watch.

Article first published as When Pretending Beats “Getting Real” on Technorati.