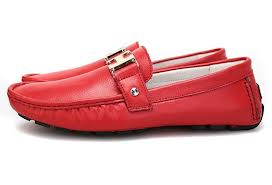 They asked for the shoes and the jewelry back.

Once the now-former Pope Benedict XVI announced that he would be retiring from the papacy (and who knew that was an option?), his title as head of the world’s 1.18 billion Catholics wasn’t the only thing he had to return.

The ex-Pope does get to keep a castle, although it’s not his fancy digs in the Vatican, but he has to give back his name, his Swiss guard contingent, and, in what would be the most painful parting for any woman in his position, his red shoes and his custom designed ring. (Of course, the thought of any woman being in the position of the Pope–I mean, we are talking the Catholic Church, here–is downright laughable, but let’s indulge the fantasy for a few minutes.)

For a while, it was rumored that the Pope was wearing Prada shoes, an interesting twist given the title of the popular movie The Devil Wears Prada. That turned out to be untrue, allowing Prada to remain the territory of Meryl Streep, Anna Wintour and Lucifer.

But the shoes were custom made by Italian craftsmen, and they were red, prompting Esquire Magazine to name the Pope “accessorizer of the year” in 2007. Handmade red Italian shoes. Add a stiletto to those loafers and it would be enough to make any woman hold onto that job with a death grip.

There’s something about red shoes. It’s kind of like Dorothy’s ruby slippers. They came off the feet of the Wicked Witch of the East and landed on Dorothy’s tootsies when Dorothy’s house fell on the witch and killed her. Apparently, the only way anyone got to wear those shoes was when the previous owner expired. And maybe the Pope’s red shoes, like the ruby slippers, have magical powers, which could have prompted previous Popes to declare “I’m not giving up these shoes while I’m still breathing.”

I can relate. Just try and get handmade Italian shoes away from me. Just try.

Could be that Popes have a greater appreciation for fashion than anyone knew. They do wear those fancy dresses all the time and they give the Brits a run for their money with hats. Let’s face it, a solid fashion sense commands attention and might explain why Popes hold onto their shoes and jewelry until they breathe their last on this mortal coil. All of which makes the fact that Benedict must now return the goods more than a little awkward.

But maybe it won’t be so bad. After all, Benedict is a man, not  a woman. Perhaps he’ll relinquish the bling a bit more readily. And maybe that’s why women can’t be Pope. They know they’d have to fight us or kill us to get back the shoes and jewelry.

Well, if returning the accessories is a job requirement, the Catholic Church can stop worrying. No woman in her right mind would ever take a job like that.