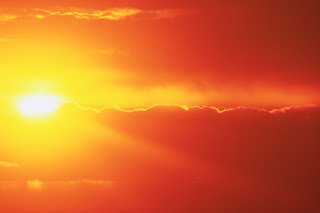 Ah, the guilty pleasures of summer.

Summer is the season made for relaxing. Of course there are the endless contented hours of lounging at the beach, the pool or just the backyard, cold drink in hand with nothing but mindless staring on the agenda.

Until a heat wave hits.

When the temperature soars into the 90’s, sometimes the only thing to do is hide in an air conditioned room and turn on the television. And while summer used to be the season of tired reruns and recycled junk, now the airwaves are rife with programming perfectly suited for mindless summer viewing.

If you’re in the mood for mindless, mixed with some genuine talent, tune into America’s Got Talent,  airing on NBC (scheduled nights and times seem to change on someone’s whim, so check local listings).

In line with years past, the program features the bizarre—check out Big Barry, who is big in neither height nor talent —and the genuinely entertaining—witness The Scott Brothers (see clip below), who are just plain fun to watch.

As with most talent shows, AGT maintains a panel of judges who initially whittle down the thousands of hopefuls, and then turn over voting to the public. The difference with AGT is in its variety; no talent is barred from competing, making for some truly entertaining television. Further, this year, Howard Stern joins the cast as a judge and contrary to his X-rated and usually offensive persona, generally comes off as likeable and sensitive to the contestants.

If romance is your thing, you can catch the last few weeks of The Bachelorette and watch America’s new sweetheart, Emily Maynard, search for love. God help me, I watch this drivel. Every season, I swear I won’t succumb, but my daughters (hey, I have to blame someone for sucking me into this) love the program. This season, I’ll admit, the beautiful, sweet single mother has me rooting for her. And unlike those nitwit men who fall for the prettiest face on The Bachelor, this woman seems to be able to cut through the crap and has lined up a half-decent stable of eligible fellas as potential husband material. ABC Mondays, 8 PM.

But my absolute all-time favorite summer guilty pleasure is So You Think You Can Dance. Maybe it’s having sat through 15 years of dance shows and recitals watching my daughters, but I’m mesmerized by the talent and creativity on this show. Each year, the young featured dancers raise the bar to astounding heights, performing dance numbers in every genre imaginable. (Watch one of my favorite performances below.) Again, it’s a talent show, so be sure to root for your favorite. Fox Television, Monday nights at 8 PM.

Summer is definitely the season to enjoy the outdoors, but when you’ve had enough of the sun and heat, scurry inside and turn on the tube. There’s a world of entertainment waiting for you. Just turn the A.C. on high, grab a bowl of ice cream and prepare to cheer, boo, sit back and enjoy!