The Bitch is Back–TV Reviews 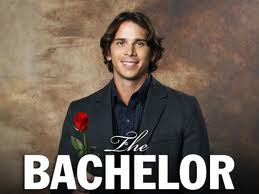 From the time we’re but babes, toddling around in ribbons and curls, we gals are admonished to
“be nice.” Be nice, be good, be kind. And most of us grow up doing just that, with occasional lapses which make us feel terrible, inspiring us to be nicer the next time.

No one wants to be labeled a bitch, a name that is usually bestowed by other women, who can spot one a mile away. Bitches are the women no one likes—at least that’s what we say. But the truth is that we’re fascinated by mean girls, the ones who will do and say anything to get what they want. Bitches are powerful, they’re ruthless and we can’t take our eyes off them.

Witness that degrading debacle known as The Bachelor, which concluded its season this week on ABC. The show’s “winner” was the now infamous Courtney Robertson, the woman everyone, including me, loved to hate. Courtney was relentless, dissing other girls, undermining anyone who got in her way and ultimately pulling the wool over the eyes of that giant dope Ben Flajnik (talk about scraping the bottom of the eligible men barrel).

Although most people came away from the experience thinking the real winner was the rejected Lindzi Cox (or, as Kelly Ripa called her, “the luckiest girl in the world”), the person everyone tuned into the show to see was that snake in the grass, Courtney, who is likely crying all the way to the bank.

Now that the show has run its course, though, ABC promises us that it intends to keep viewers well stocked in bitches to entertain. It’s hardly a new concept. Remember Alexis Carrington from Dynasty? How about All My Children’s Erica Kane? Or Edie from Desperate Housewives?

Enter Don’t Trust the B in Apartment 23, premiering April 11th at 9:30 PM and featuring a mean girl with “the morals of a pirate” who tears up her new, naïve mid-Western roommate and anyone else who crosses her path. This “B” is played for laughs; at least that’s the premise. How funny a girl who steals from her roommate and has sex with the roommate’s fiancé is remains to be seen.

Already in place is another ABC offering—GCB, airing at 10 PM on Sundays. Originally titled Good Christian Bitches, the name was changed to Good Christian Belles and then simply abbreviated before airing to avoid inflaming the Bible belt. 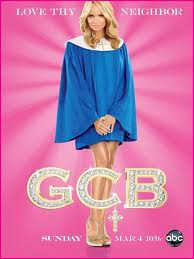 The show follows returning former mean girl Amanda Vaughn, forced to live with her mother in her childhood home in Texas along with her two kids after the death of her philandering husband. Amanda was her high school’s “Queen Bitch,” tormenting anyone who didn’t meet her standards. The humbled heroine is reaping what she sowed as Amanda’s former victims are now the town’s Good Christian Bitches of the series’ title and they’re looking for payback.

You have to wonder who’s behind all of this girl-on-girl smack down stuff. Seems to me that putting the characters in wet t-shirts and a mud wrestling ring would be the ultimate male fantasy. As it is, Amanda is forced to work in a Hooters-style restaurant called “Boobylicious.” Charming, huh?

But I’m not so sure men are the only culprits, here. Programs featuring nasty women rate high among the female demographic. If we weren’t watching, the networks wouldn’t be showing this stuff. And even though most of us ladies try and behave ourselves, the truth is, we nice girls enjoy seeing a mean girl get her comeuppance.

It appeals to the bitch inside all of us.

See trailers for Don’t Trust the B in Apartment 23 and GCB, below.