The Heat of the Moment Solves the Energy Crisis

A Middle Aged Woman Laughs (and Sweats) Over Menopause
By: Mary Fran Bontempo

To listen to today’s column, click the play arrow below. 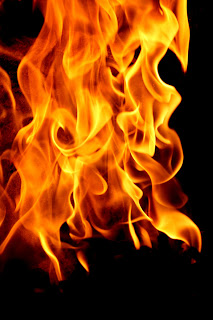 The solution has been right under our noses all along.

One of the most debated issues of our time has been America’s dependency on foreign energy. Whether we’re powering our cars, heating our homes or lighting our way in the dark, we’re often utilizing a fuel source over which we have little control. The costs are exorbitant, the product belongs to foreign, not always friendly governments and directly or indirectly it influences all of our lives on a daily basis.

Seems as though everyone has an idea as to how to break America’s reliance on foreign power, but none has been acceptable, cost effective, or doable. Until now, that is.

Right among us, generating enough heat to power the entire country, if not the world, lays the solution to the country’s energy crisis. The answer is abundant, free and best of all, the owners of the power source would be only too happy to divest themselves of the burning fever engulfing them daily. Give up? Two words: menopausal women.

As a new member of the menopause brigade, let me tell you how this works. At any given moment, day or night, summer or winter, a woman in the throes of this diabolical mid-life mash-up can break out into a sweat which will generate enough heat to fire up a nuclear power plant. Though it lasts but a moment, the burst of energy could light up the state of California, ensuring its inhabitants would never again have to suffer through rolling blackouts in the sweltering heat of summer.

Think of the possibilities. Temperatures dip below freezing? Slap a few transmitters on the woman of the house and flip on the heater. Need to make a run to the store? Plug into Mom and power up the car. Time to cook dinner? Have the cook—of course it’s a woman, let’s be serious—simply place her hands on the stove’s heating element and fry away. I can attest first hand to the effectiveness of the hot flash. During this frigid winter, I’ve been able to turn down my home’s thermostat to an energy saving 55 degrees. Of course, my husband and kids walk around the house in coats and gloves but we’re saving big on the heating bill.

On a grander scale, municipalities could hire a group of us to run public transit systems. We’ll line up on a power grid and start talking about our mid-life crises, which will then induce one gigantic simultaneous hot flash, thereby supplying every train, subway car, trolley and bus with enough energy to zip along for a month. Once we’re through with the transportation system, we’ll forward our collective sweat to the information highway, energizing city-wide computer networks. Municipal business would be assured of a continuous power supply without service interruptions. Of course, they might have to add surge protectors to the infrastructure. A bunch of menopausal women all spiking at the same time could short out the entire system. The cost of all this power? The tax payers will still save big bucks. We’ll work for chocolate and wine.

So there it is. Instead of sending our hard-earned money overseas to countries who call us “The Great Satan” as a pet name, or tearing up the Alaskan wilderness with pipeline and oil rigs, how about we figure out the technology to harness a natural energy source that’s been ours for the taking since the beginning of time? Just be sure that when you hook us up to a generator you stay out of the way. All that sweat makes us a tiny bit testy. Best to approach us waving copious amounts of dark chocolate and an open bottle and then steer clear and let us do our thing.

You couldn’t stop us if you tried.