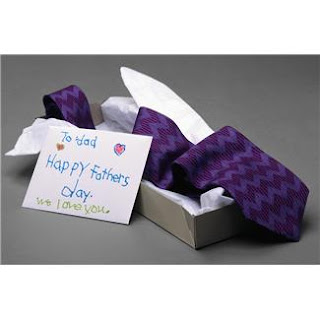 I think I’ve found the perfect Father’s Day gift for my husband.

It’s not another shirt, or tie, or gadget that he will never figure out how to work, despite repeated efforts by the kids to teach him. Nor is it another book or CD, or a DVD he’ll never get around to watching as he falls asleep after five minutes in his favorite chair. It’s not a power tool—misadventures in power washing put the kibosh on anything with more “oomph” than a hammer or screwdriver long ago.

Like most dads, Dave has perfected the art of cluelessness in his years as a father. This is not to say he doesn’t deeply love his kids. He’d just prefer to be kept on a “needs to know” basis.

My husband is a fixer. Generally, men are. When presented with a problem, they want to find a solution to make the problem go away, so they can get back to watching soccer (insert sport, here) on TV. When met with repeated frustration over the years as his “solutions” to problems were rebuffed (particularly when dealing with the drama of two daughters), Dave decided the best defense was a good offense, which took the form of feigning ignorance when a kid-based issue reared its ugly head.

Whenever he found himself in the center of a maelstrom of child-initiated angst, made all the worse by an overly-involved mother, Dave made himself scarce, quietly exiting a room or declaring that he needed to make a business call. (I’m not sure whom he was calling during 11:30 PM histrionics, but I’ll give him the benefit of the doubt.) The result was that he could honestly claim he had no idea about what was going on around him.

Over time, I realized that his strategy worked—for everyone. He was spared the details of constantly evolving drama and I was able to negotiate the crises on my own terms, without having to explain who Julie was and why she wasn’t talking to Laura or why Meg was fighting with her boyfriend, etc. Dave’s graceful exits allowed the females to vent without too much collateral damage. Eventually, when trouble was brewing, I simply gave him the “exit, stage left eyebrow raise” and he was out of a room so fast we smelled smoke.

The kids are all older now and the drama has diminished, but we’re all comfortable with the status quo—no one more so than my husband, who remains on call for major problems, but is mercifully spared the minutiae.

So this Father’s Day, I will continue to be grateful for a man who knows how to be there for his family, but more important, who knows how not to be.

Enjoy life out of the loop, honey; you have to admit, it’s better than another tie.