The River–Spooky, Scary fun on ABC 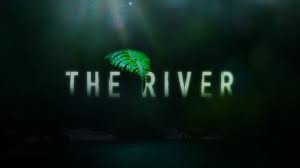 I adore my husband. But I’m not sure I’d set sail on the Amazon in the midst of its jungles and mysteries to track him down if he disappeared.

Yet, that’s precisely what Tess Cole and her son, Lincoln, do to find missing explorer and beloved TV host, Dr. Emmett Cole on ABC’s The River, airing Tuesdays at 9 PM.

Along with a crew for the ship and one for the film documenting the journey (Dr. Cole’s producers have agreed to underwrite the search provided they can record it), Tess and the others encounter strange and terrifying forces as they desperately seek the lost adventurers.

During their travels along the menacing Amazon, the search party encounters spiritual possession, blindness and a ghost ship populated by deceptively friendly beings with a terrifying ulterior motive for their overtures to the stranded Magus and her crew.

Corralling the spirit of Lost and combining it with the herky-jerky camera work and “found footage” hook of such films as The Blair Witch Project, The River grabs hold of the viewer and takes her on a spooky, gripping thrill ride.

I came to the show several episodes in, fearing that my late entry would leave me hopelessly unable to grasp all the program’s nuances and back story. Fortunately, an understanding of the series’ basic premise is all you really need to experience The River in all of its scary, paranormal, mysterious fun. Episodes are self-contained and if you like thrills and chills, this fits the bill.

The River is a great alternative to the mid-season blahs that have viewers dealing with scheduling changes, suspensions in beloved series (read: Glee, which is actually wearing thin) and the overdone, caterwauling, Ryan Seacrest overload, isn’t that show cancelled yet, American Idol, which surfaces every year to assault the airwaves and viewers’ ear drums.

And okay, I probably would go and search for my husband. But after watching The River, I’m really glad I don’t have to.

Click on the link below to catch up on The River and see a trailer following. Enjoy!
http://beta.abc.go.com/shows/the-river/episode-guide?category=Season+1