When Aging, Vanity and the Gym Don’t Mix

Sidelined From the Vanity Game
By: Mary Fran Bontempo

To hear an audio podcast of today’s column, click the play arrow below. 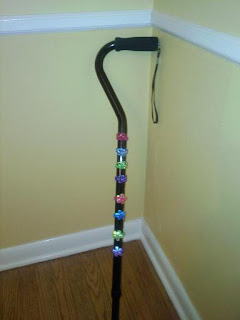 I jumped up and down to the beat, smugly congratulating myself on my smooth moves.

Attending a new hip hop dance class at our gym, I was almost keeping up with my daughter—until I wasn’t. One minute smug, the next, still bouncing around, but in an effort to keep off of my left foot, which had, with a small “pop,” announced it was through with hipping and hopping.

Over the years, my body has gifted me with all kinds of sounds. When I was young, they tended to be cute—squeals of delight, giggles—and I made them willingly. Now, however, it’s decided it wants a soundtrack of its own, independent of my feelings on the matter, and has contributed gurgling, rumbling, cracking and other disturbing reverberations to the mix. But the “pop” was a new one, leaving no interpretation but that my foot, and the rest of me, wanted out of my ongoing delusion, which would be the one where I insist on thinking and behaving as though I’m way younger than I am, all in an effort to stave off the aging process.

I’ve long been an advocate of thinking young. Why give in to a simple number, especially if you feel good? Eat right, exercise, get enough rest and a body should be able to do just about anything, right?

My body, which previously cooperated with my demands, has decided to assert itself. It told me, in no uncertain terms, to back off. And to make sure I get the message, it’s given my left foot a few weeks vacation, effectively guaranteeing me time to determine whether my body or my vanity is more important.

Witness the fact that even though my foot injury literally kept me from walking, I refused my mother’s offer of a cane. A cane?! Me? I’d sooner crawl, which I did, up the steps, when no one was looking. My mom persisted, bringing over a jaunty black number which she decorated with glittery elastic hair ties, to ease my pain, both physical and emotional. I thanked her and promptly hung it on the back of a chair as soon as she left.

This isn’t the first time my vanity has won out. I never leave the house without some makeup, even if it’s just a swipe of lip gloss for a morning run. Of course, I say it’s for protection from the sun, but it’s really just in case I happen to see someone I know. I shower and do my hair before going to the gym, making my daughters crazy. And I research wrinkle creams like it’s my job, which I kind of wish it was, because then I wouldn’t drop a boatload of cash on stuff that doesn’t work.

But maybe it’s time to ease up a little. After all, who am I trying to impress? My husband is always complimentary, but I think he offers niceties to make me happy, or rather, to keep me quiet. Plus, all of this work just to look good is exhausting, not to mention it’s obviously wearing out my body parts.

So, I guess I’ll relax for a bit and let my body heal. I’ll use the respite to realign my priorities and think of better ways to spend my time than indulging my own vanity. Besides, there are plenty of things to do that don’t require walking. I could whiten my teeth, dye my hair, get a manicure, scour the internet for wrinkle cream deals, the list is endless. By the time I’m healed, I’m pretty sure I’ll look awesome, just in time to head back to the gym for the Zumba classes they’re starting next month.

Are you fighting your own battle against the march of time? Share your tales of woe below!