When the Smart Phone Outsmarts the Owner 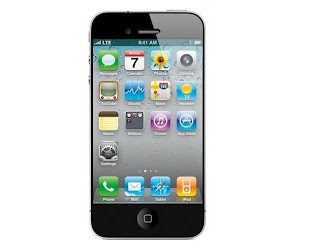 That was the total number of text messages on my cell phone as of last Thursday.

Most of them were recent, but a large number were from my kids and friends, saying something sweet or funny. Some were birthday wishes from my last birthday eight months ago. I kept feel-good messages so that whenever I was having a particularly lousy day, I could scroll through them and get back to a happy place.

I also kept them because I have trouble letting go of things, something which manifests literally whenever I try and throw a frisbee, but that’s another story.

The hoarded texts are relevant because last Thursday, Valentine’s Day, my husband took me to get a “smart phone,” which meant that I needed to transfer my information from my old phone to the new, “smart” one.

Apparently, smart phones decide for themselves what is smart. The smart phone user gets little say in the matter; you’re supposed to go with the assumption that the phone knows what’s good for you, whether you like it or not.

And it appears that the smart phone has decided that, in order to set the proper chain of command, it needs to establish itself as the smart one, and me as the idiot.

I don’t profess to be technologically proficient, not by a long shot. But I at least knew how to make a phone call on my old phone. As of this writing, it’s been four days and I’m still trying to figure it out. I did manage to call my sister. Then, when I tried to put her on speaker, I disconnected her and couldn’t get her back. Eventually, we did reconnect, but somehow I had two calls going to her simulatneously. Still don’t know how I managed that.

Plus, I’m one of those mothers who relies extensively on texts to communicate with my kids. Until now. Now, I send them messages that read like a foreign language, thanks to my smart phone inserting words that I never typed. Maybe it knows what it’s saying, but no one else does.

My kids assure me that I’ll get the hang of it soon enough and before you know it, I’ll be Instagramming, Facebooking, texting, taping videos and all sorts of other things on my smart phone, things it knows how to do but I do not. Again, it’s clear who the smart one is in this relationship.

So I’m a little frustrated. Which is why, right now, I’m going to scroll through my old texts and read nice messages to make me feel better.

Oh, right. My smart phone got rid of my old texts.

Don’t say anything, but I think my smart phone is really stupid.

I just hope it can’t actually hear me.

Do you have a “smart phone?” How smart does it make you feel? Click “comments” below and share!