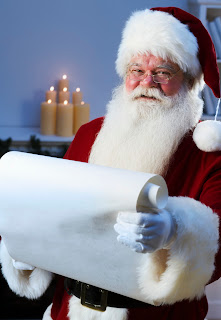 ‘Tis the season for giving. The time of year when we search far and wide to find just the right gift for the special people in our lives.

But as evidenced by the glazed-over expressions on the faces of the masses wandering aimlessly around the mall, knowing what to get for whom can be challenging, at best.

For most of us, though, the folks on our lists need or will appreciate some material token of our affection. But what if you’d like to offer a present to someone who needs nothing? What if, for example, you had to purchase a gift for a Kardashian? Can you imagine trying to figure out what to get Kimmy, Kourtney or Khloe, those female counterparts to the Three Stooges?

In the spirit of the season, I’ve come up with some options for a few folks who are particularly difficult to buy for. With any luck, Santa will be reading and just might oblige.

First, the Kardashian girls. For the queens of reality TV, I would offer the one thing not a single Kardashian seems to have in her grasp: an actual dose of reality. Santa should gift the gals with 365 days worth of therapy sessions with Dr. Phil. If anyone ever needed to hear some “Phil-isms,” it’s these three.

Perhaps a year’s worth of Dr. Phil repeating, “You just don’t get it, do you?” “What were you thinking?” and “Are you kidding me?” might bring the Kardashian clan back down to earth. Of course, after a year of dealing with those dolts, Dr. Phil will be the one in need of therapy.

Next on my gift-giving agenda is The Donald. Yes, for the man who has everything, I would ask Santa for the one thing Mr. Trump appears to be missing: an employee or loved one with the cohunes to stand before him, look Donald in the eye and say, “Dude, your hair looks ridiculous. Either get a decent toupee or, if by some cruel act of nature that is your actual hair, find a new barber. I’m telling you this for your own good.”

Needless to say, such an admonition would surely be met with a “You’re fired!” but I’ll bet anyone who could tell Donald the truth for once could likely get a job just about anywhere. (Except on Wall Street, of course, where truth is an anathema.)

Finally, I would petition Santa to take pity on the Republican Party. If ever a group were in need of some Christmas magic, it’s the Republicans, who have become the party of the imploding candidate.

Every time I turn on the news, another Republican is self-destructing on national television. Michele Bachmann, Rick Perry and now Herman Caine have all joined the list of casualties and have morphed into Saturday Night Live staples. So we’re back to Newt Gingrich (it’s only a matter of time) and Mitt Romney, the cardboard cutout from Utah. Geez. Come on, Santa, there’s got to be something left in your sack for the Republicans; they don’t all deserve coal this year, do they?

I realize my list is a pretty tall order, but Christmas is the season of miracles, right? And it’s a good thing, too. Because without a miracle, none of it will ever happen.