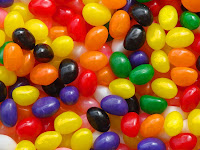 A middle-aged mama looks at life with a laugh!
Mary Fran Bontempo

I really thought the Easter Bunny would have been able to hang up his ears by now. I mean, come on, my kids are twenty-four, twenty-three and nineteen.  Easter baskets, overflowing with chocolate eggs, peeps and jelly beans, should now be relegated to the collection of fond childhood memories I hope each of them will carry with them into adulthood, which, I might add, they should have reached long ago. (Also hopefully, said memories will overshadow the other ones likely to land      them on an analyst’s couch but I’m not holding my breath.)

However, when I casually mentioned that the Easter Bunny would probably retire from annual visits to the Bontempo household in order to bring Easter treats to other good little boys and girls, the news was met with a collective wailing and gnashing of teeth.

“No more Easter baskets? You’re kidding!” they cried in unison.

“No, I’m not kidding,” I answered. “The Easter Bunny told me he has lots of other children–ones who aren’t old enough to hold down full-time jobs–to visit and you should give up the and junk. You need to eat more fruit anyway.” (Some things never change.)

“But Mom, those Easter baskets are a tradition! We’ve had the same ones since we were little. It won’t be the same without Easter baskets,” my son (the twenty-four year old) said.

“Yeah, and those two have had baskets a lot longer than I have,” the youngest chimed in. “It’s not fair that I won’t get one any more.”

“And how come we don’t have our usual Easter decorations up yet?” my older daughter added.

Two words that have come back to haunt me: “tradition” and “fair.” How many times over the years have I used the excuse that just about anything the kids didn’t really want to do was a “tradition” and had to be endured (yearly photos taken at Sears, trips to visit relatives, etc.). Each time I used the word, I thought, “Some day, they’ll appreciate this.” And “fair”—drummed into their heads as babies. “Give your sister a chance to play with that toy; we have to be fair.” “Let’s take turns picking out a video to watch. It’s only fair.”

Now I’m eating my words and to be “fair,” I have no one to blame but myself. I tend to go all Clark Griswold during holidays, covering every conceivable surface with decorations, insisting on rituals, all in the name of tradition, in the hope that my children will think of their childhoods with fondness as opposed to fear and loathing. The concept of fairness has been a family mantra since their births. And it appears that I have succeeded all too well. Not only do they happily remember their youths, they insist on the annual recreation of every single tradition, meted out with exacting fairness, ever begun.

So, once again this year, the Easter Bunny will make the pilgrimage to our house, met by a plethora of stuffed bunnies and colored eggs strewn throughout. Next year though, I’m thinking of starting a new tradition. Anyone who wants to keep up with the old traditions has to help execute them, as the Easter Bunny (along with Santa) is ready to explore new rabbit holes.

After all, it’s only fair.