Living in a REAL Shore House

By: Mary Fran Bontempo
To hear an audio version of this post, click the play arrow below 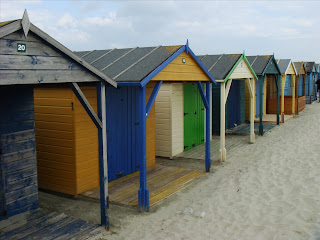 They don’t make shore houses like they used to.

Used to be that a shore house (or a beach house, for those not of the Jersey variety) was small, a tiny cottage just big enough for folks to sleep, eat and shower in. All anyone really needed since most time was spent at the beach. Traditionally, the shore house was furnished with castoffs and held together by whatever means possible. No one really cared about the house anyway; it was all about the beach.

But these days, a stroll down the street of a shore town is likely to take one past homes large enough to accommodate the entire cast of the Jersey Shore along with extras from every bar they ever visited. And everything is brand, spanking new.

However, I am happy to say that this is not the case with the Bontempo family shore house. We are the proud, and occasionally overwhelmed, owners of a genuine, old-fashioned, itty-bitty, bursting at the seams, structurally challenged seashore cottage. No new stuff for us. We are determined to uphold a time-honored tradition, whether we want to or not.

If the view from the front doesn’t convince you (two wicker chairs crammed onto a tiny porch barely large enough for one), you need only check out the contents of a shelf in the kitchen to verify our house’s traditional credentials.

First up, two screwdrivers of differing sizes, necessary to successfully open the kitchen window without the turn-crank handle falling out of the window frame. There are additional screws on the shelf as well. I’m not sure where they originally came from, but they’re there in case I ever figure it out.

Next to the screwdrivers is an industrial-sized bottle of Gorilla Glue, most importantly used this year to glue together the bottom of the recliner in the living room in an effort to get yet another summer out of it. (As it is mid-August, I’m pleased to say that our patch job worked.) That was the biggest task this summer, but by no means the only one.

Another Gorilla Glue project was the porch screen door, literally falling to pieces early in the summer. But some glue, clamps, screws, wire and a seven hour effort by my son yielded a serviceable door and saved us around $180 bucks. Sure it looks like the screen door shore house equivalent of the Frankenstein monster, pieced together with countless bits and parts, but it works.

Not so the remainder of the screens in the porch, however, torn to shreds by birds which somehow manage to get themselves into the porch and then can’t figure out how to get out of the porch. Not to worry, though, next to the Gorilla Glue are two well-used bottles of bug spray, essential until we get around to replacing the screens.

We’ve also got window air conditioners, heaven forbid, not central air, which I routinely take out of the windows because they block the breeze when there is one, hoisting them back into the windows when the breeze stills. And upstairs, instead of multiple bedrooms with their own attached bathrooms, we have one large, loft-like room as well as another tiny bedroom along with a powder room with a weird, corner positioned toilet, the likes of which I’ve never seen before or since buying this house.

The dishwasher has never worked, the circuit breaker in the shed trips on a regular basis, the porch floods when it rains and the laundry room is outside. Yes, this is a bona fide shore house. It’s not new, it’s patched together and it regularly requires residents and guests to make-do.

But you know what? As we near the end of another summer, somehow, it all still works, as evidenced by a constantly revolving door, and everyone comes and goes with a smile. We love the beach and we love our little shore house.

And who knows? Maybe someday, we’ll be able to open the kitchen window without a screwdriver.