Living It Up on Cinderella Time 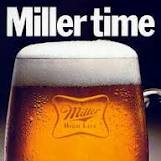 We used to be on “Miller Time.”

Way back in the ‘70’s, when my husband and I were young and still dating, our weekend routine consisted of hanging out with our friends, going “clubbing” and basking in our (admittedly marginal) coolness. It was, as the ads suggested, the perfect moment for kicking back and indulging, and although I wasn’t then and never have been a beer drinker, the phrase “Miller Time” summed up our long, carefree nights and similarly carefree attitudes. Life was good. 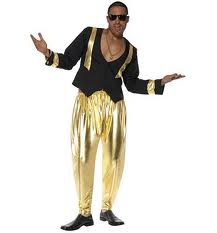 Since then, we’ve passed through a few other “times,” notably a misguided flirtation with “Hammer Time” somewhere in the ‘90’s, when we, already hopelessly out of touch as parents with young children, thought M.C. Hammer and those wild parachute pants were all the rage. (My husband didn’t own a pair, but I’m pretty sure I have a few pictures with my son sporting the look, a fact he will firmly deny.) We still, on rare occasions, pulled a few late nights, but they were more likely due to colic or an ear infection than either Hammer Time or Miller Time.

Fast forward to the present day, when we are entrenched in, not Miller Time nor Hammer Time, but Cinderella Time.

Gone are the late nights, regardless of whether they be dedicated to fun or sick kids. Now, it’s all about getting out early, beating the dinner crowds and getting back home before we turn into two giant pumpkins at the stroke of midnight. 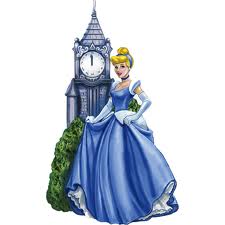 Actually, make that the stroke of nine. Even Cinderella stayed out later than we do.

It’s not that we’re agoraphobic. We enjoy going out and look forward to weekend meals (me especially) that don’t involve staring blankly into the freezer or pantry at 4:30 wondering what to make for dinner. We enjoy a drink and chatting with friends or neighbors at local restaurants.

And then we enjoy getting into our car, pulling into our driveway, changing into our jammies and plopping onto the couch, remote in hand, current read nearby on the table and laptop on lap, all before John Quinones utters “What Would You Do?” for the first time Friday night.

Okay. Obviously, we have a problem. Pretty soon we’ll be checking out Early Bird Specials and arguing with the manager when he tells us we can’t combine a coupon with the meal deal.

Still, there’s something to be said for having graduated from the frenetic search for late night fun.

Last weekend, my son came into the family room at 11:30 PM, walking in on the introduction to Saturday Night Live.

“You won’t be late? It’s already late. We’re heading up to bed,” I answered.

“No offense, Mom, but people my age are just getting their nights started. I’ll be home later,” David said as he grabbed his keys and headed out the door.

I sighed. “Wow. I remember when that used to be us. Oh well, what do you say, hon? Are you ready to go up?” I asked, looking over at Dave in his blue chair.

There was no response. He was already fast asleep, content to leave Miller Time to someone with a little more stamina. Just then, the clock in the living room stuck midnight, startling Dave awake.

“Nothing, Prince Charming. It’s time for bed,” I answered as we made our way upstairs.

It’s just as well. I’m pretty sure my sweat socks and jammies are more comfortable than glass slippers and a pair of M.C. Hammer’s parachute pants any day of the week.