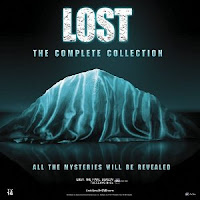 I confess, despite hulu and my dislike for TV commercials, every Tuesday at nine, I have watched Lost (ABC) religiously since its last season started a couple of months back.

Lost, the TV show whose name so accurately depicts both the characters in the show and its viewers, has a plot so convoluted I don’t believe any team of writers could solve it even if it ran for another one hundred episodes. And we have only seven left.

Lost started six years ago with a simple enough premise. A plane flying from Australia to Los Angeles breaks in two and crashes on a tropical island. As the survivors struggle to stay alive, weird things happen around them. In fact, as we see in flashback scenes, weird things have happened to them even before they crashed on the Island.

I love mysteries and Lost has plenty, enough to keep me watching for these last five years. I also got attached to the characters, an interesting bunch of misfits whose complicated lives kept me guessing. My favorite is Hugo, the big Latino guy who talks to dead people and because he is crazy sees things as they are.

But I think it was the first scene after the crash, the reason I became addicted to this show. In that scene, after the screen goes blank, the camera focuses on an eye. There is no background music to tell us how to feel, only the eye, open and very much alive, watching in shock and wonder the aftermath of the crash. By the time, the sounds resumes and we hear the screams of the survivors, and the explosion of the plane cabin, I was hooked.

I have followed Lost faithfully ever since, getting more and more frustrated and confused as every season introduced a new twist in the story that challenged everything I thought I knew, without resolving any of the previous mysteries.

Until this season. This season, we’re told, everything will be explained. And I planned to be there every Tuesday to find out. But the Powers of Being have decided otherwise. Because this week Glee has returned.

Glee is my daughter’s favorite show and, as the gods of TV would have it, it also runs Tuesdays at 9 PM. Now my daughter, who is fourteen, has to watch it the same day so she can discuss the episode the next day at school. You see my dilemma. And if you have a teen of your own, you have probably guessed who won this battle.

So from now on, I’ll be watching Glee. I’ll tell you all about it next week.