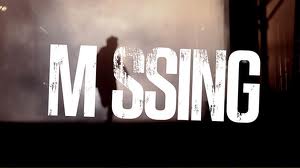 If you’re a mother, the mere thought of a missing child can reduce you to a useless puddle of goo. And if that child happens to be in another country when he disappears, well, most of us would have to be sedated.

But Becca Winstone isn’t most of us. She is an ex-CIA agent, and while she’s terrified for her boy, she’s also really ticked off.

ABC’s latest offering, Missing (Thursday nights at 8 PM), follows Becca as she races through Europe in pursuit of whoever it is who has her son. The problem is that she doesn’t know who she’s chasing, even as she herself is chased by CIA agents anxious to keep her from single-handedly trashing an entire continent.

Ashley Judd, gorgeous as ever, plays Becca Winstone like a female version of Jason Bourne, tearing through Europe, never certain about whom to trust as she searches for her child. Despite being “retired” from active duty for ten years, she’s forgotten little of her training, as anyone who crosses her path soon discovers, worse for wear after the encounter.

There’s a ton of espionage, and the mysterious death of Becca’s husband, also CIA, ten years earlier, adds more questions to the mix.

The show is a thrill ride and personally, watching a woman over forty kicking butt made me want to take up martial arts. It remains to be seen whether the premise is sustainable; while it’s certainly not believable, it is exciting.

Judd has had a long and successful movie career playing women in distress who triumph over bad guys. Missing is almost a television mash-up of a number of her films. Having a woman as an over-the-top protagonist is a nice change of pace for network TV and Judd is perfect for the role.

I plan to stay tuned to watch this mother lioness do whatever it takes to find her cub. Check out the trailer for Missing, below, and tune in Thursdays at 8 on ABC to join me.