The Royal Wedding and a Princely Price Tag

Of Royal Weddings and Broken Bank Accounts
By: Mary Fran Bontempo
To hear an audio version of this post, click the play arrow below. 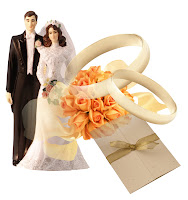 I’ve got a royal case of the jitters.

The impending nuptials later this week of Prince William and Kate Middleton, have me feeling a bit jumpy.

William and his lovely bride-to-be are the picture of promise and hope as they happily take on the days leading up to their marriage.

Frankly, it’s a stark contrast to the marriage of William’s parents. Diana spent the period before the wedding looking much like a deer caught in the headlights of a speeding car (a terrible harbinger of things to come) and Charles looked constipated, which he still does, most of the time.

The marriage of the young prince, however, appears to be based on genuine feelings of love and compatibility, so it looks, for now, at least, as though William and Kate have a fighting chance at some real happiness.

No, it’s not a fear of history repeating itself that has me squirming. It’s the relentless cha-ching of the cash register in my head. Rumor has it that the wedding will cost British taxpayers upwards of $20 million.

That’s a lot of cocktail wieners.

Back in 1981, I myself was a new bride, married the month before Prince Charles and Princess Diana. Now, as I watch Wills and Kate about to take their walk down the aisle, I’m reminded that I’ve also got kids around the marrying age, although thankfully, none of them is yet close to making that trip.

It’s a good thing, too, because we’re hardly in a position to splurge on weddings. In fact, we’re still not done paying for college. Plus, everyone has moved home, so we’re not saving much on living expenses. Add to that five cars, all of which have been to the mechanic’s in the past two months, health insurance for kids who haven’t yet found jobs with benefits, and so on, and it’s pretty clear that any weddings in this household would have to be of the Costco variety.

But there are alternatives to embroidered lace table linens, fine crystal, gourmet meals and a reception with 600 invited guests. For example, summer’s coming, so how about a beach wedding? I’ve seen dozens of weddings take place on the beaches of Ocean City, NJ. Okay, so New Jersey isn’t Buckingham Palace. You got a problem wid dat?

A charming beach wedding could be followed by a reception with an array of tempting meal options. Just head a few short steps away from the beach to the Ocean City boardwalk and behold—a smorgasbord of delectable dining delicacies. My suggestion? Mac and Manco’s Pizza as the main course followed by your choice of Johnson’s Popcorn or Rita’s Water Ice for dessert.

Get tourists to email you the photos they take of the wedding from the boardwalk, toss a bunch of popcorn into the air and substitute screaming, diving seagulls for the release of white doves, let the struggling musicians with the open guitar cases provide the music (before the cops chase them, of course), everybody gets a seashell as a wedding favor and according to my calculations, the entire enterprise wouldn’t cost more than $347.58. Heck, if you really wanted to save, you could forgo a wedding dress and tux for two t-shirts with iron-on pictures of the bride and groom on the front.

Yes, William and Kate can have their grand affair and its $20 million price tag. As for my offspring, they’ll have to be content with a more modest celebration when they’re ready to take the plunge.

But it’s not all bad. With the money we save on the wedding, we could afford to help out with the honeymoon. And if you shop early, the amusement pier tickets are half price. Who could ask for more than that?