The Secret to a 31 Year Marriage 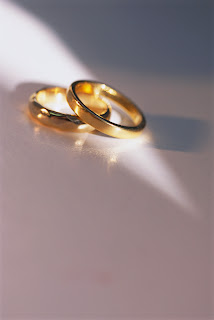 I don’t remember exactly what I was doing, but the conversation went something like this:

My husband, Dave: “Are you enjoying yourself?”

Me: “Then I’m enjoying myself.”

June 20, 2012 marks 31 years of wedded bliss for my hubby and me. Of course, after 31 years, “wedded bliss” is a relative term, with an infinite variety of shades and nuances to round out its definition.

People who have stuck it out for 31 years deserve a little leeway. As a measure of comparison, Victor Hugo’s protagonist Jean Valjean, the main character from Les Miserables, was only imprisoned for 19 years—not that marriage is a prison sentence. I’m just saying.

But the practice of annoying one’s spouse has long been part of the marital equation. It begins early and innocently, when your husband’s habit of listening to only oldies’ radio stations in the car while snapping his fingers loudly, drumming on the steering wheel and getting every lyric wrong starts out endearing and 30 years later makes you want to tear your ears off and run into traffic on the Atlantic City Expressway. (And yes, I’m sure I have at least one habit that annoys him, but this isn’t about me, is it?)

Yet as loving spouses, you put up with your mates’ peccadilloes, and he with yours. The idiosyncrasies become one more way of sharing a weird form of intimacy, an unspoken means of communication that occasionally resembles a somewhat demented “love language.”

During the above exchange, our daughter happened to walk into the room.

“This annoys your father but I do it anyway,” I said, snickering.

“Isn’t that what marriage is?” she asked. “Doing things on purpose that annoy each other?”

“Hmmm…sometimes,” I said. “But it’s also sticking with the person who you love more than anything and who also drives you crazier than anyone else in the world. It’s saying ‘I’ll do whatever you want to do’ even though the last thing you want is to grab a sandwich at the same restaurant you’ve been to six weeks in a row. It’s letting your husband have control of the remote even though there was something on that you wanted to watch and you know he’s going to spend the next two hours clicking between a soccer game, a basketball game and a pre-season football game. And it’s not changing the radio station in the car even though you’re afraid that if you hear one more song from the ‘60’s you’re going to go insane.

“At least that’s what it is to me and that’s what’s kept your father and me together for 31 years. What do you think, hon?” I asked Dave.

“Yeah, that sounds good, I guess,” Dave answered. “But to me, marriage is smiling and having the number to Match.com in your back pocket.”