A Push of a Button to End Your Worries

A Middle-Aged Woman Laughs at Pet Rocks and Other Gimmicks
(And Wishes She Had Invented One!)
By: Mary Fran Bontempo 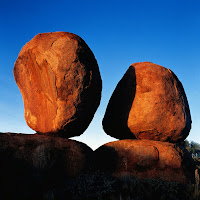 If you happen to be of a certain age, you’ll recall that the Pet Rock was all the rage in the mid-seventies, introduced to America by a clever ad executive who simply purchased rocks, packaged them in pseudo pet carrying cases and promptly sold millions of the things, ensuring both his status as a millionaire genius and the American public’s status as a bunch of goofballs who will buy anything.

For years, I’ve been searching for that one, stupid idea that, once introduced to the masses, would again generate both of the previous situations, except, of course, that I’d be the millionaire this time.

Finally, after much thought and deliberation, I think I’ve found it. The Don’t Worry Button.

Actually, coveted by mothers the world over, because a single press of the bright red circle allows mothers the freedom they crave from the moment they give birth until they breathe their last—it keeps moms from worrying about their kids.

Since the beginning of time, mothers have fretted unendingly over their offspring, carving wrinkles into their brows and launching the billion dollar hair dye industry over the centuries. But now, with the advent of the Don’t Worry Button, one push and Viola! Worry is banished and mother regains her sanity once more.

Sounds simple, doesn’t it? Apparently it is, at least according to my daughters, who declare my motherly stewing unnecessary and advise me to just “Stop worrying” whenever they embark on a new scheme, adventure, or, just head out the door to work or school.

For example, the other night, the girls decided to go for a bike ride—at 10 PM.

“Are you out of your minds? Where are you going?” I clucked, launching into worry mode.

Oh. Okay. As I lay in bed, waiting for them to come home, I wondered when I should worry. At 12:30 AM? Perhaps 1:00 was more appropriate. Or maybe I could start when I received the text that said my younger daughter was on her way home and the older one was stopping at a friend’s but would be home soon.

Of course, if I’d had my handy Don’t Worry Button, a simple push would have had me snoring away in no time. As it was, though, I worried, fumed, and texted frantically until both were safely in bed around 2 AM. Before turning in, I added hair dye to my weekly shopping list.

The next day, hysteria ensued, as I explained, at the top of my lungs, why they shouldn’t be riding around on bicycles visiting friends in the middle of the night.

“I worry! Every mother in the world worries until she knows her kids are safe at night. It doesn’t matter how old your kids are. We worry,” I shrieked.

“Believe me, if we could turn it off, we would! It would save us a lot of sleepless nights and money spent trying to cover up the damage you all do to our faces and hair,” I snapped.

And that’s when it hit me. A Don’t Worry Button. Just press and instant relief. Market it to moms across the country—across the world, as worry knows no geographical boundaries—and watch the money roll in. Better yet, market it to kids, who can gift their moms with it in lieu of saying “Don’t Worry” the first time they leave home unattended and follow up with instructions for its use every time thereafter.

I’d sell millions in days. The only problem? It would never work. Mothers will always worry, regardless of what their kids say or how old they are. It’s what we do. Hence the similarity to the Pet Rock. The Don’t Worry Button would simply be a stupid gimmick that does nothing but sit there, useless in any practical manner, except as a joke. Mothers not worry?