General Petraeus–Latest Name on the Ship of Fools’ Manifest 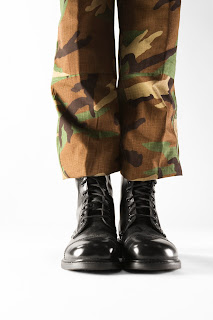 The list of men who think they can screw around (literally) and not get caught is never ending.

And now we can add four-star General David Petraeus to the list of men who are supposedly smart but have turned out to be profoundly, legendarily (is that a word?) stupid.

Petraeus resigned as head of the CIA last week after only 14 months on the job and after a stellar career serving in the U.S. Army. But apparently, despite having the highest level of security clearance in the country and heading the CENTRAL INTELLIGENCE AGENCY, he’s still a dope.

Like the long line of powerful but delusional men before him, Petraeus had a piece on the side. The side of his marriage, that is. Married for over 37 years, the General was fooling around with his biographer, Paula Broadwell, a young mother who appears to have hero-worshiped her subject to the point of obsession, sending harassing emails to another woman who is an acquaintance of Petraeus. The FBI got involved, discovering Petraeus and Broadwell’s intimacy, raising all kinds of alarms and ultimately forcing the General’s resignation from his post.

Crazy people involved in extra-marital affairs abound. But what’s scary is how many of these loony-tunes have really important jobs. Jobs they’re supposed to screen you for before they let you into the club. Remember the wing-nut who drove 900 miles wearing a diaper so she didn’t have to stop to pee on her way to attack another woman she saw as a rival for a man’s affections? She was an astronaut, for Pete’s sake!

More often than not, though, the culprits are men. Really influential men. Men who are frequently responsible for governing, or for keeping people safe or for, say, leading the free world. (Are you listening, Slick Willie?) These are guys who know first hand how easy it is to get dirt on other people because they’ve done it. They know that every email, every text, every phone call is traceable. They know how to put people under a microscope and find out what their enemies are up to.

What they don’t seem to know is that the same thing can happen to them. Not only can it happen, it’s a pretty safe bet that it’s going to.

So Petraeus is just the latest smart guy who turned out to be a fool, destroying a career and possibly his marriage because he couldn’t keep his you-know-what where it belonged. Now, instead of being remembered for his accomplishments, he’ll be remembered as the latest name on the infamous, ever-growing list of guys who should have known better but didn’t.

Ah, General. You of all people should have remembered: History has a tendency to repeat itself.

First published as General Petraeus–Latest Name on the Ship of Fools Manifest on Technorati.